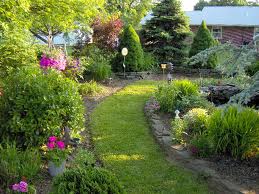 Homeowners across the country are finding there’s more to a well-landscaped yard than that simple bit of curb appeal. After all, well-manicured hedges and strategically placed trees often add to a home’s resale value and reduce utility costs for the family that moves in.

Just ask Wilma Michaels, who discovered that by planting two maple trees in the front yard of her former Upland, California home, she could cut down on her air conditioning and electricity bills. When Wilma Michaels sold her house seven years ago, she said the trees became one of the home’s selling points.
“People were very anxious to know how the trees helped with our air conditioning and electricity bills,” Wilma Michaels says. “And we were able to show potential buyers on paper how the trees decreased our bill costs over time. The couple that wound up buying the house didn’t try to knock the price down as much as other couples did because the man was into gardening and understood the advantage of having this natural cooling.”
Research on home values
Landscaping’s effect on home values varies, according to a 1998 University of Florida study. Lot size, plant type, plant spacing and overall design all play roles in how much money homeowners reap from their beautification efforts at resale time. The report states that homeowners added a lot of color to their yard if they wanted a quick sell, while those who were more concerned about a long-term payoff focused on trees and shrubs that would grow over time.
The recommendation: Landscaping pays
Overall, the report advises homeowners to invest in a good landscape plan for added value. “It’s true,” says Rebecca Martinez. “A properly installed and maintained landscape gives homeowners a 100 to 200 percent on their investment and increases overall property values in the neighborhood. And just think: You only get a 75 percent return on investment if you redo your bathroom.”
Added benefits
Martinez also says landscaping improves home security. She says insurance agencies put a great value on landscaping, and will pay the several-hundred-dollar replacement value for trees struck by lightning. Thorny shrubs are often planted under windows to deter burglaries, she says, and the practice is becoming so common that owners of commercial buildings are doing it.
“Trees and shrubs are investments that grow,” Martinez insists. “If you look at the same housing side by side, the house that is well landscaped sells by much more. Anyone who has looked at real estate taxes recently will see there’s definitely a difference depending on a house’s upgrades.”